Installing and Maintaining an HVAC System

The comfort of a home is crucial for everyone's experience and well-being — beautiful rooms that are uncomfortably hot or cold won't be pleasant. One option to consider is a multi-head split system air conditioner. Here are several reasons to install one of these models.

Multi-split systems consist of two main components: an indoor unit and an outdoor compressor. The benefit of this separation is that the noisy compressor unit is not in the room. Typically, it's fixed to an exterior wall of your home, or it might sit on a concrete slab alongside the building. Thus, you don't have to put up with the annoying sound of machinery. In contrast, other options like a window-box unit has everything combined in one space, and the room will be noisier as a result. Quiet operation is one benefit of the split system.

The outdoor and indoor units connect via refrigerant piping that runs from one to the other. This will typically entail a hole in the wall for it to run through, a relatively minor operation. Split systems don't require major work in your home, unlike ducted systems that demand an elaborate network of ducts through the roof or walls, which requires a lot more work. Additionally, you'll be spared from having to pay for the examination and upkeep of the ducts should they develop leaks.

Can Service Your Whole Home

Even though a split system doesn't call for major installation work, this doesn't mean that it can't serve your entire home. You could install a multi-head model, which has several indoor units that connect to the same outdoor compressor. By doing this, you'll set up different zones within your home, which you can target independently. Thus, you could set a bedroom to be warmer than the kitchen, for instance. You'll make everyone in the family happy as they don't all have to comply with the one temperature. Additionally, even though a multi-head system will require extra installation as several indoor units will need fitting, you still sidestep having to construct an extensive network of ducts.

Many residential split system AC units are inverter models, which means the compressor doesn't switch on and off to hit a target temperature. Instead, it runs slower or faster as required. Thus, if you're cooling a room that is approaching the thermostat-set temperature, it will cleverly slow down rather than going at full speed and stopping suddenly. This fine-tuned response is more energy efficient. 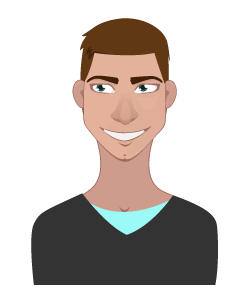 Hello there, welcome to my blog. My name is Andrew and this blog is going to be about how to install and maintain HVAC systems. When I purchased a new office space in downtown Perth, I didn't have the first idea about HVAC systems. I knew that I would need one, as I couldn't expect my staff to work away in the heat of an Australian summer without any air conditioning. I contacted an HVAC contractor who advised me on the best type of system to install. He also gave me some top tips on how I could keep the HVAC system in good condition.